Games will kick-off from 12:00pm on Saturday February 20 with Premier Grade clubs coming together to test their might before the start of the WA Senior Rugby Competition.

Four teams have entered in both the Men's and Women's competition with Kalamunda coming in force entering two Men's Open sides and one Women's.

Wanneroo, Wests and Cottesloe will fill out the Women's competition while Associates and Southern Lions affiliated side the Western Fijians will round out the Men's.

It will also be a southern derby in the social division as ARKs and Southern Lions will go head to head in three matches throughout the afternoon. 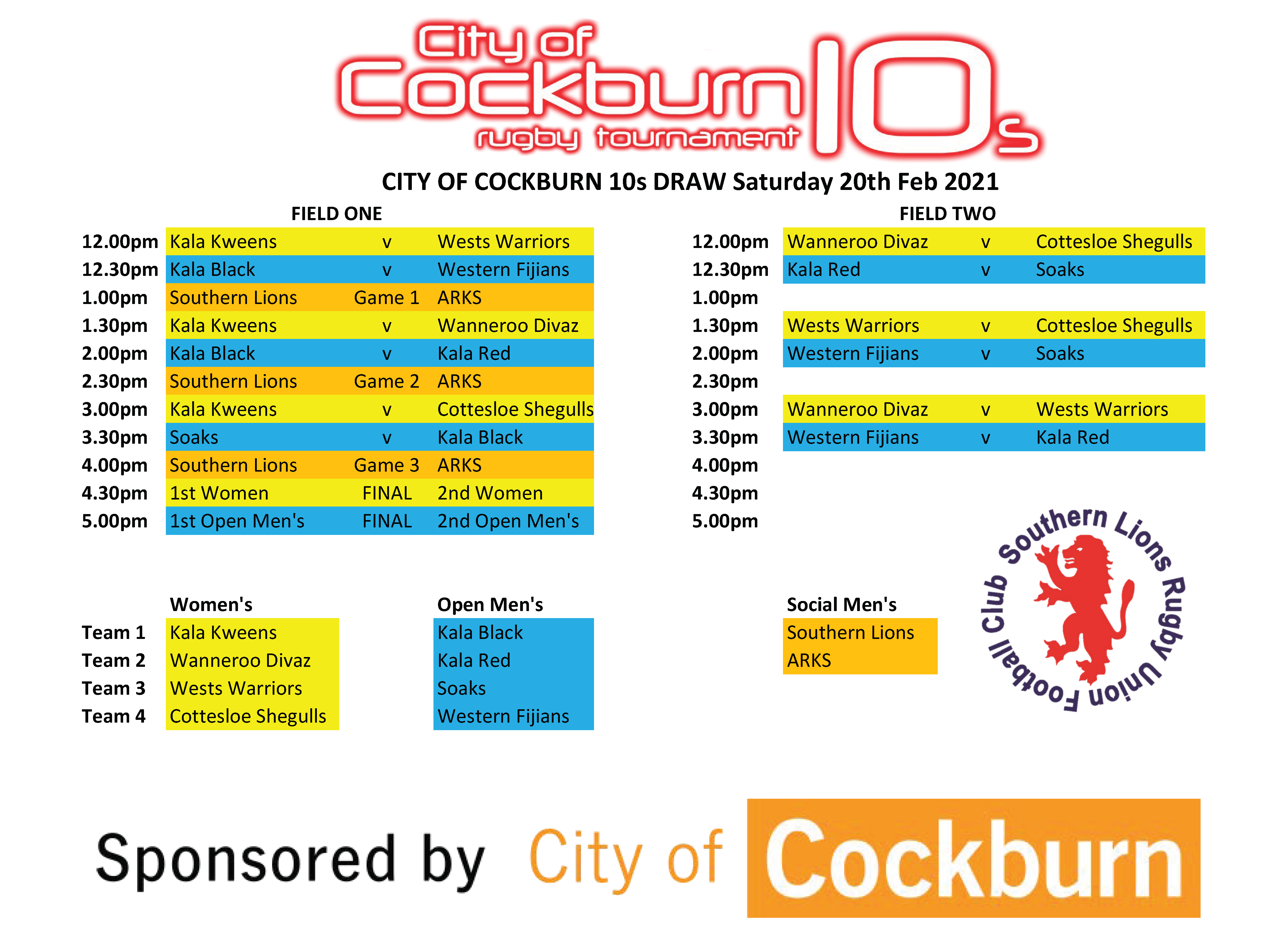